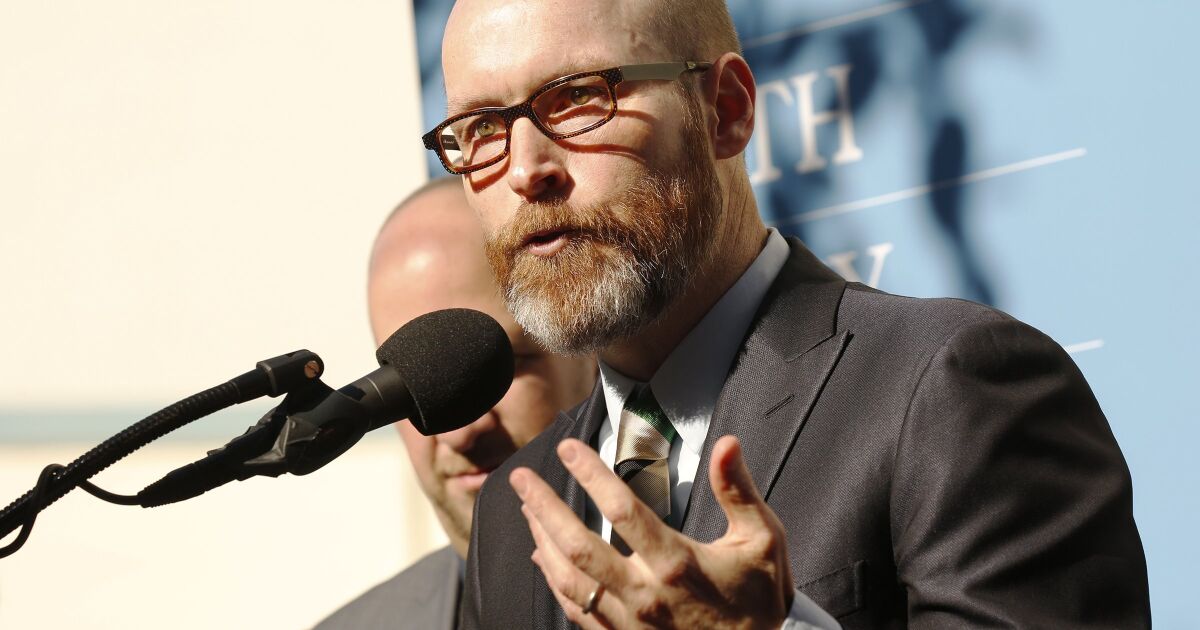 Dixon Slingerland, once one of the Democratic Party’s top fundraisers in Los Angeles, has agreed to plead guilty to two felonies, admitting that he embezzled more than $71,000 from the defunct Hollywood antipoverty group that he led for 23 years.

Slingerland, 53, was a frequent visitor to the White House under President Obama and close to Eric Garcetti during his tenure as L.A. mayor.

He served as president and chief executive of Youth Policy Institute from 1996 until he was fired in 2019, shortly before the nonprofit collapsed.

In a plea agreement that prosecutors filed Tuesday in federal court in Los Angeles, Slinglerland admitted that he failed to report nearly $450,000 in income from the nonprofit on his personal tax returns from 2016 to 2019.

Slingerland also acknowledged misspending more than $600,000 in federal grants to the nonprofit for payroll and other things that were not allowed, including personal expenses he put on the organization’s American Express card.

He admitted charging the nonprofit for his family’s $6,131 dinner at Momofuku Ko, a Manhattan restaurant where celebrity chef David Chang serves guests a 10-course gourmet meal; $14,703 in property taxes on his L.A. home; and $10,806 for a relative’s tutoring.

Founded in 1983 with funds from the Robert F. Kennedy Memorial Fund, Youth Policy Institute employed nearly 1,000 people to provide early childhood education, job training and other services to low-income families in Pacoima, Pico-Union and other parts of L.A.

From 2009 to 2019, Youth Policy Institute received $281 million in federal grants. When it filed for Chapter 7 bankruptcy in 2019, the organization reported that it had demanded Slingerland repay more than $1.7 million in misspent funds.

Slingerland’s attorney, Vicki I. Podberesky, released a statement saying he “takes responsibility for the mistakes he made” in running the nonprofit, for the “unreimbursed personal credit card charges,” and for his failure “to report certain benefits as income” on his tax returns.

“Mr. Slingerland continues to work in the nonprofit sector with a personal mission to continue to improve services and opportunities for children and families in need,” she said.

Slingerland, the son of a Lutheran minister, was raised in Brooklyn, N.Y., and rural Ohio. After studying at Stanford University, he moved to Washington to work at Youth Policy Institute, then an urban-poverty think tank.

Slingerland took over the institute in 1996. He moved it to L.A. and shifted its focus to hands-on community work, including the opening of two charter schools.

In Democratic politics, Slingerland became one of the leading organizers of L.A. campaign fundraisers for local, state and national candidates, as well as a major donor.

His sentencing has not yet been scheduled.