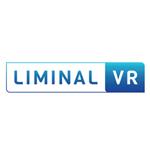 Melbourne, Victoria, Australia, Jan. 25, 2023 (GLOBE NEWSWIRE) — Having emerged as a star developer from the Liminal Partnership program, Mindway will be releasing Body Scan, the first of three experiences on the Liminal Platform, this week.

Since joining the Liminal Partnership program in August 2022, Mindway have quickly emerged to be leaders in the VR mindfulness space, now offering full guided meditation courses in areas like managing anxiety & mindful leadership as well as creating novel and impressive short experiences to keep you centered.

All three experiences will be released in the Calm arena of the Liminal Platform, giving Liminal’s audience a taste of what the Mindway app has to offer.

“Mindway are doing some amazing work. Not only do they have a brilliant creative team and world class developers, but they have been working closely with Liminal’s Psych Docs. It is staggering to see the progress they have made in such a short time and their commitment to developing evidence-based experiences. We are looking forward to introducing Mindway’s experience to Liminal’s community of users” – Damian Moratti – Co-Founder & CEO of Liminal VR.

Mindway’s release of Body Scan is the latest example of leading developers around the world collaborating with Liminal VR to release immersive and impactful virtual reality experiences. The Liminal Platform is constantly evolving, with a growing community of developers and education partners regularly releasing new and novel experiences to change how people feel and perform. With the Liminal Metaverse in the works, the scope and opportunities for developers and users to evolve the ecosystem to new heights will only grow!

Mindway is an immersive wellbeing app for the Meta Quest. Designed to cultivate emotional health with interactive meditations, users can go on journeys of growth in areas like stress management and self-love, relax inside mesmerizing ASMR worlds or fall and stay asleep with wind-down sessions. Whether you’re looking for a quick boost or a long-term journey, Mindway makes improving your wellbeing easy, engaging and effective.

Liminal is a multi-award-winning virtual reality company based in Melbourne, dedicated to the application of neuroscience and psychological design principles to create emotionally impactful applications and experiences. With its team of virtual reality developers, 3D artists, neuroscientists, and psychologists, Liminal specialises in researching and applying evidence-based design methodologies to induce emotional and cognitive states.

About the Liminal Platform

The Liminal Platform is a leading virtual reality platform that is designed to empower people to choose how they feel and perform. Liminal applies psychometrics as a way for users to measure and rank the effectiveness and enjoyability of experiences.

Through the Liminal Partnership Program, Liminal works closely with developers around the globe to create experiences that have profound emotional impacts on users.

The Liminal Platform can be downloaded and accessed for free on the Meta store.