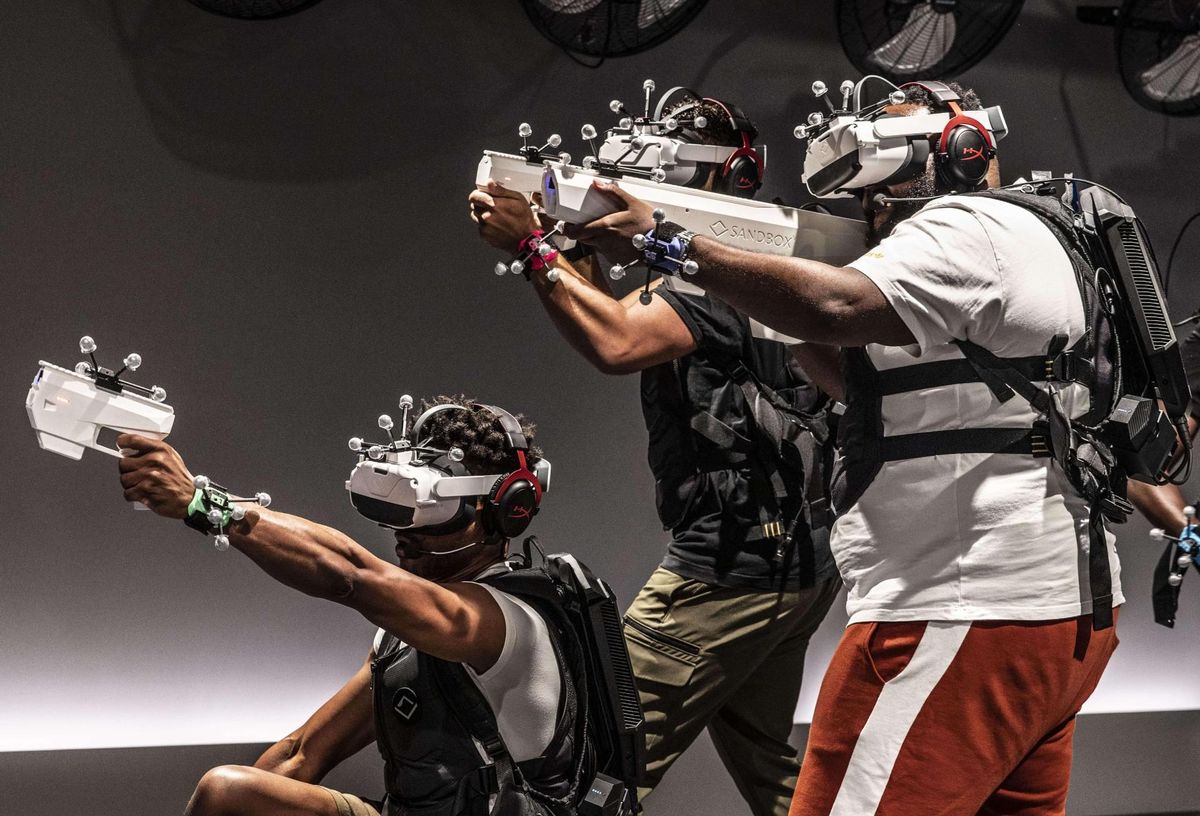 Hammerson has signed what it is claiming is the world’s most advanced virtual reality experience, including a Star Trek-themed game, for Birmingham’s Grand Central shopping centre.

The move into virtual reality comes soon after Hammerson opted for a more old-fashioned kind of reality by repurposing the empty John Lewis department store as 200K SF of new office space. The move nixed the possibility the store might be converted into build-to-rent housing.

The 13K SF virtual reality zone will be operated by Sandbox VR and will be the third — and largest — of the operator’s outlets in Europe.

The Sandbox move into Birmingham follows a launch in London’s Covent Garden in May 2022. The concept, which has 19 outlets in North America and the Far East, offers six-person games, including one based on Star Trek, one on zombies and another on the curse of Davy Jones.

A rendering of the VR bar

The Sandbox adventure is powered by a new generation of Hollywood motion-capture cameras, 3D precision full-body trackers, custom hardware and haptic feedback suits, enhancing the touch, vibration and motion senses for the user.

There will also be a robotic bartender, Toni, whose job it will be to shake, stir and serve up to 80 drinks per hour.

“We are being bolder and more ambitious in our approach as we work to create a truly multi-use destination that we and the city can be proud of,” Hammerson Director of Asset Management Toby Tait said.