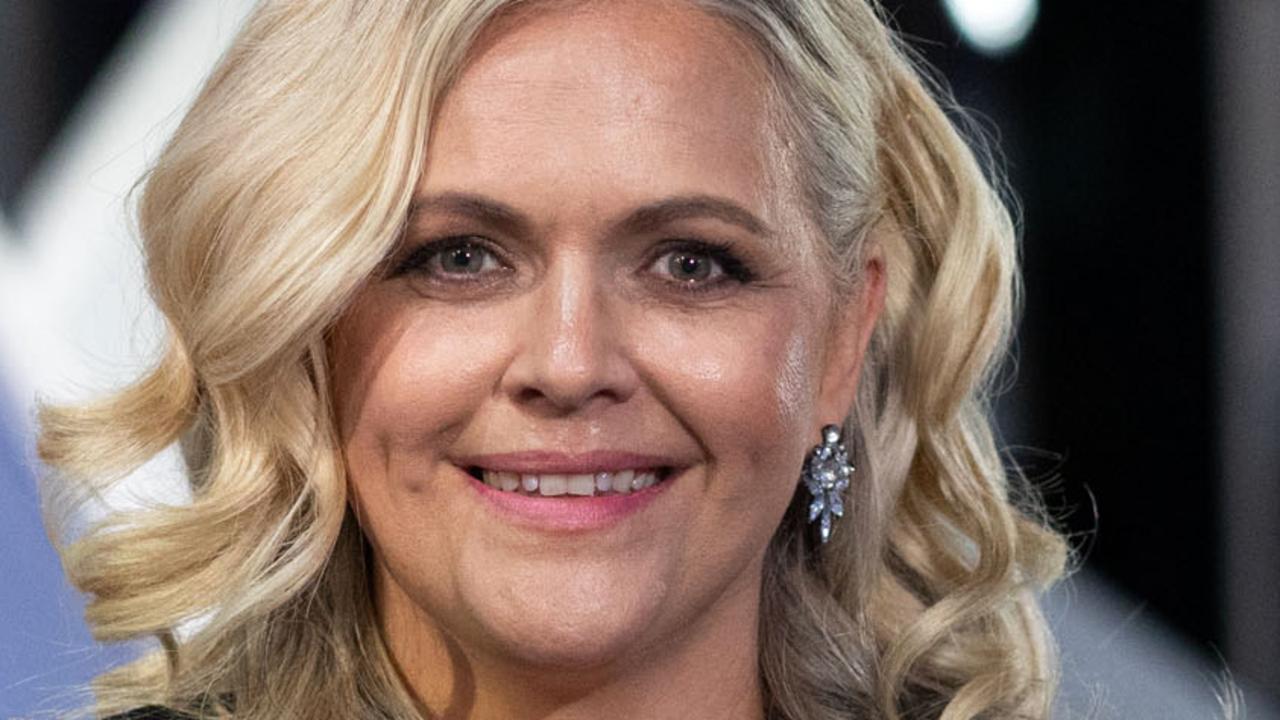 Body image activist and documentary director Taryn Brumfitt isn’t wasting any time as the 2023 Australian of the Year.

Ms Brumfitt says she had spoken to Anthony Albanese within an hour of receiving the award on Wednesday evening to ask for a meeting.

The mother-of-four says her mission as Australian of the Year will be to continue her work helping both adults and children have a better relationship with their bodies.

“I think we have a big problem in this country with how our kids are feelings about their bodies,” Ms Brumfitt told reporters at the National Arboretum in Canberra after the awards ceremony.

“It’s a paediatric health emergency … We’ve got to get this right.”

The 45–year-old has written books and released documentaries over the past decade in a campaign to spread self-acceptance and self-love which has reached more than 200 million people.

Once a body builder, Ms Burfitt was launched into the spotlight after sharing a picture of herself on social media that showed her carrying more weight in her “after” photo.

The twist on the “before and after photos” went viral, sparking a wave of support and launching a crusade that would lead her to preaching a message of positivity to children and adults around the world.

She’s also turning her attention to men’s body image, with plans to release a third documentary in her “Embrace” series after having focused on children and women in the earlier films.

“I’ve run marathons to raise money to make films and I’m hoping I don’t have to do it again,” she said.

“I hope to finance it and fundraise really quickly and get it out there in the world, because our men need help too.”

Her 2016 documentary Embrace tackled the serious issue of women loathing their bodies and charted her own path to body acceptance.

It has been watched by millions of people in 190 countries and was picked up by Netflix.

She released another documentary, Embrace Kids, in September last year, aiming to teach children aged nine to 14 to move, nourish, respect and appreciate their bodies and what they can do.

Together the pair have also created the Embrace Hub – a free, research-based resource for teachers, parents, children and communities on fostering body positivity.

Accepting the award on Wednesday night, Ms Brumfitt called on Australians to spend their energy on bigger things than the size of their waists.

“There is so much despair in this nation for children and adults when it comes to what we think and how we feel about our bodies,” she said.

“Australia, it is not our life’s purpose to be at war with our body.

“Collectively we are facing some of the most challenging environmental, humanitarian and social issues of our time.

“What if, instead of spending our days consumed by hating our bodies, we could invest our time together to solve these challenges.

“And what if instead of spending their precious time and energy at war with their bodies our young people were free to become the leaders, big thinkers and game changers the world needs more of right now? It is not our bodies that need to change, it is our perspective.”

One of the architects of the proposed Indigenous Voice to parliament has been named the 2023 Senior Australian of the Year.

Professor Tom Calma AO has been recognised for his work as a respected human rights and social justice campaigner.

The Canberra-based, Kungarakan Elder has worked for more than 45 years at local, community, state and international levels championing the rights, responsibilities, and welfare of Aboriginal and Torres Strait Islander peoples.

Professor Calma’s call for Australia to address the gap in life expectancy between Indigenous and non- Indigenous peoples was the catalyst for the Close the Gap Campaign.

He was instrumental in establishing the National Congress of Australia’s First Peoples; has led the Tackling Indigenous Smoking program; co-chaired Reconciliation Australia for over a decade; and co-led the co-design of the Voice to parliament proposal.

Currently Chancellor of the University of Canberra, the 69-year-old was the first Indigenous Australian inducted as a fellow of the Australian Academy of Science.

Professor Calma believes education is the key to advancing Indigenous peoples and says his father remains his inspiration behind his life’s work.

Mr Calma delivered a powerful speech on the upcoming referendum on the voice, and a warning to one group of Australians in particular.

“Australians have only ever known a system where Indigenous peoples are treated as problems to be solved, not as partners and active participants in determining their destiny,” he said

“Australians have only ever known a system of consistent policy failure and poor outcomes for first nations peoples.”

The academic said recent polling had revealed Australians were overwhelmingly in support of recognition for Indigenous people, but warned senior Australians were the most likely to be “targeted” by misinformation.

“You are the demographic being targeted with myths and misinformation by pundits who are either ill-informed or who have malicious intent regarding the Voice,” he said.

Mr Calma said the Voice was “reasonable” and did not give Indigenous Australians special rights.

“Here in Australia we are fortunate to be the home of the oldest continuing surviving cultures in the world,” he said.

“This is something we should be proud of and we should celebrate as many of us are already doing. Let’s do this together as we did in the 1967 referendum and the bridge walks for reconciliation in 2000. Walk with us, vote yes in the referendum.”

Socceroo Awer Mabil has been named the 2023 Young Australian of the Year.

Mr Mabil, 27, grew up in a Kenyan refugee camp after his family fled civil war in Sudan, before coming to Australia when he was 10 years old.

In 2019, just a year after he achieved his dream of playing for the Socceroos, his sister died in a car accident.

He says he now feels “unbreakable” and that it is his experience of hard times, the memory of his sister and the knowledge that young people see him as a role model that drives him to perform.

It’s what he does that he wants to be known for, not his background, he said.

Mr Mabil was unable to attend the awards presentation in Canberra due to team commitments in Europe. His mother Agot Dau Atem and uncle Michael Matiop Dau Atem accepted the award on his behalf.

In a taped acceptance message, Mabil said he was motivated to help others after himself being given a helping hand in Australia.

“You know, Australia gave me and my family that opportunity to follow our dreams,” he said.

“I reached out to my football family and collected all the football boots. I took them to the refugee camp where I was born and Barefoot to Boots has grown since.

“It has become something more than football.”

A few of the nominees for the Young Australian of the Year Award were unable to make it to the ceremony in Canberra, including musician Genesis Owusu and Mr Mabil, whose families attended on their behalf.

But the most notable absence was Olympian Peter Bol, named Western Australia’s Young Australian of the Year before he allegedly tested positive to a banned performance enhancing substance.

The 28-year-old 800m runner, who placed fourth at the Tokyo Olympics, maintains his innocence and his legal team have said they will fight to clear his name. A B-sample is to be analysed next month.

Sydney-based Amar Singh was named Australia’s Local Hero for 2023 after an idea sparked by racial hatred directed against him turned into a national movement of kindness.

Mr Singh, was recognised for his work with the charity Turbans 4 Australia, which he founded in 2015 after experiencing racial slurs and insults because of his Sikh turban and beard.

The 41-year-old wanted to show people they didn’t need to be afraid of people who looked different to them and began helping struggling Australians.

His charity has gone on to deliver hay to farmers experiencing drought; supplies to flood victims in Lismore and bushfire-impacted people on the south coast; food hampers to the isolated and vulnerable during Covid-19 lockdowns; and supplies to the Salvation Army in central Queensland in the devastating wake of Cyclone Marcia in 2015.

Every week, the volunteers at Turbans 4 Australia package and distribute up to 450 food and grocery hampers to people experiencing food insecurity in Western Sydney.

They also raise awareness and funds for important causes while promoting multiculturalism and religious tolerance.

Accepting the award, Mr Singh said his goal since arriving in Australia at 15 was to “build bridges” between cultures and religions.

“The benchmark of Australianness? There is none, ‘cause we’re all equal,” he said.

“We all come from different lands, from our wonderful First Nation people to our newest migrants. We’re all equal, all one.

“I’m planting a tree today. I might not be around to sit in the shade, but it’s for the next generation.

“What we want to do is create not just an understanding of our culture but the cultures around us, of every beautiful food, lunch box.

“Every kid, I want them to be proud of their food, their language, their culture and their parents.”

Speaking to the crowd ahead of the awards announcements at the National Arboretum in Canberra, the Prime Minister said the nominees for 2023 were a diverse group of “global stars and local heroes”.

He welcomed the 32 finalists, whom he described as being both young and “rich in years”, from “all backgrounds and from every part of our continent”.

”They inspire us by living and serving and upholding our nation’s values,” Mr Albanese said.

”Our compassion and generosity, our courage and initiative, our ingrained sense of fairness and our deep belief in service to community.”

”You have brought tremendous passion, great decency and endless good humour to your roles,” he said.

”And in doing so, you have set an incredibly high bar for those who will follow you and offered a powerful example to us all.”

Mr Albanese began his speech with a nod to reconciliation, acknowledging Canberra’s traditional owners and reminding Australians of the upcoming referendum on enshrining an Indigenous Voice to parliament in the Constitution.

The awards ceremony is held each year on the eve of Australia Day, a date which is becoming increasingly divisive because many people now see it as reflecting Indigenous dispossession and suffering rather than a day to celebrate.

Mr Albanese used his speech, broadcast live to hundreds of thousands of people across the nation, to issue a rallying call to Australians.

He said Australia Day was a time to “celebrate how fortunate we are to live in the greatest country on earth”.

“And each of us knows it can be greater still: more fair, more prosperous, more equal,” he said.

“A nation where the doors of opportunity are truly open to all. Together, this year, let us dedicate ourselves to the pursuit of that ambition.”

Mr Albanese also paid tribute to the Australians battling the aftermath of the devastating flooding that affected large parts of the country last year.

“Time and time again, the worst of nature reveals the best of our people and their character,” he said.

“As the saying goes, ‘kindness in another’s trouble – and courage in our own’.

“And whatever challenges the future brings, we know Australians will rise to meet them.”

Outgoing Australian of the Year Dylan Alcott was the first to arrive on Wednesday evening, dressed in all black with matching sunglasses.

The wheelchair tennis champion and disability advocate joked as he arrived: “Am I on the list?”

Speaking to reporters on the red carpet, Mr Alcott shared some advice for his successor in 2023.

“Number one, be yourself. I still don’t know why I’m Australian of the Year, but there’s a reason for it.

“And three, it’s not just about you. It’s about amplifying the voices of what you’re passionate about and the people that you care about in your community.”