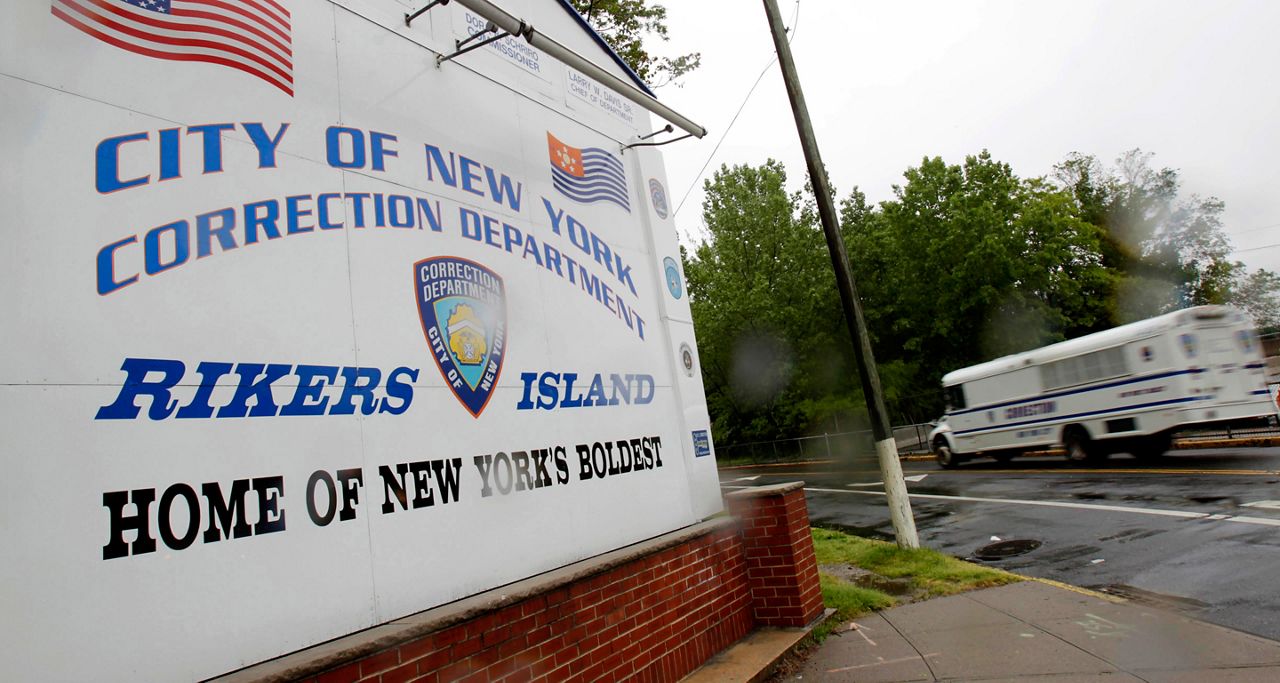 Three city Department of Correction officers were indicted by the Bronx district attorney Tuesday in an alleged scheme to cover up one officer’s alleged assault of an inmate on Rikers Island.

Around 6:15 a.m. on Oct. 14, 2021, correction officer Carl Williams, 31, approached an inmate “standing with his hands to his sides” and struck the man in the face before “taking a fighting stance,” the Bronx district attorney’s office said in a statement.

The incident inside the Otis Bantum Correctional Center, a housing unit for men, was captured on surveillance footage and witnessed by at least two other officers — Roy Dewar, 58, and Jatan Das, 64, whom prosecutors allege helped Williams submit reports to the correction department “claiming the inmate was the aggressor and that use of force was justified.”

Williams is also charged with third-degree assault, according to the release.

“We must hold Correction Officers to a high standard,” Bronx District Attorney Darcel Clark said in a statement. Her office has jurisdiction over crimes committed on Rikers Island. “These defendants violated the trust put in them by allegedly filing false instruments about an officer’s assault on an inmate. Just as the alleged violence will not be tolerated, neither will the coverup, especially in this turbulent time in Rikers Island.”

Attorneys for the defendants and the Department of Correction did not immediately return requests for comment.

“The fact that the Bronx DA has chosen to indict these three officers over allegations that were made over two years ago tells us that this case is being driven more by the politics of our times than by the facts,” the Correction Officers’ Benevolent Association said in a statement. “Furthermore, these types of allegations have historically been handled within the Department of Correction’s disciplinary system rather than being turned into a criminal case and media circus.”

The inmate allegedly assaulted by Williams was identified as Arkady Shkolnick in court documents. City records show no person by that name still in custody.

Dewar was a 15-year veteran of the department at the time of the alleged assault and subsequent cover-up, having joined the department in 2006 according to the city. He remained an active employee as of at least June 30, 2022, city data shows.

The correction officers are set to return to court on April 19.